Stories: The Heated Story of Shadrach, Meshach, and Abednego 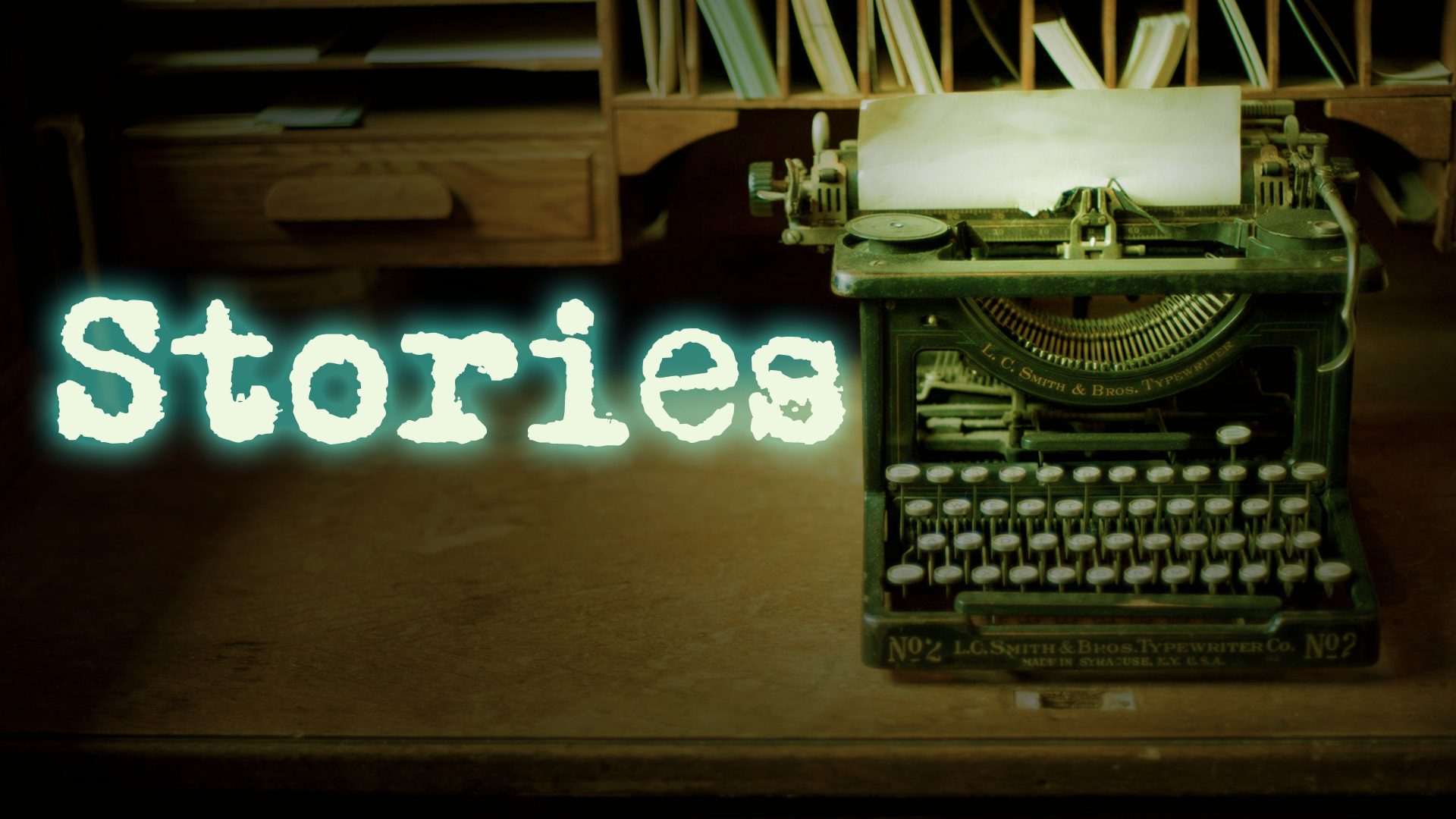 There are many times in life when we are forced to look into our future and wonder how we will survive. Perhaps it's loss of income, or business failure. Maybe it's the end of a relationship, or the loss of a loved one. You know, one of those life altering events that takes your everyday life and throws it up into the air like fifty-two card pick-up.

Just when you think you've got your deck of cards put together, someone comes along and throws it on the ground, and you're left sitting on the kitchen floor picking up cards while your older brother is outside playing with all his friends (that may or may not be an actual childhood memory).

This past Sunday, Blake shared a story about a hot little trio who got themselves in a pretty heated game of fifty-two card pick-up.

Shadrach, Meshach, and Abednego were three teenagers who loved the Lord. They were born into royalty, but taken from their homes and re-purposed by the Babylonians. Despite their path in life they maintained faith in God and did whatever they had to do to follow the laws of Moses.

We pick-up our story in the book of Daniel.

But some of the astrologers went to the king and informed on the Jews. They said to King Nebuchadnezzar, “Long live the king! You issued a decree requiring all the people to bow down and worship the gold statue when they hear the sound of the horn, flute, zither, lyre, harp, pipes, and other musical instruments. That decree also states that those who refuse to obey must be thrown into a blazing furnace. But there are some Jews—Shadrach, Meshach, and Abednego—whom you have put in charge of the province of Babylon. They pay no attention to you, Your Majesty. They refuse to serve your gods and do not worship the gold statue you have set up.”

Let's think about this. The whole kingdom bows down to this statue, as required by law, and these three teenagers stay standing. I can just imagine the people around them, wondering what might happen to the ones not standing. And then there are these jerk astrologers who can't wait to run to the king and tell him what's happened.

Nebuchadnezzar is not a happy king. He's furious, in fact, that these three boys would dare defy him. He has them brought in and confronts them. He gives them one last chance, standing there in the kings court, surrounded by armed guards and people who have vowed to kill, or die, for their king at any moment.

Surely, at this point, Shadrach, Meshach, and Abednego would be like, "Sorry, our bad, we'll bow down now." And maybe in the back of their heads they are thinking, "Sorry God, we'll make it up to you. We're just trying not to get killed here."

But that's not what they say. Instead,

Shadrach, Meshach, and Abednego replied, “O Nebuchadnezzar, we do not need to defend ourselves before you. If we are thrown into the blazing furnace, the God whom we serve is able to save us. He will rescue us from your power, Your Majesty. But even if he doesn’t, we want to make it clear to you, Your Majesty, that we will never serve your gods or worship the gold statue you have set up.”

Cue the guy in the back of the room, "Oh snap!"

That's some rebellious language even for teenager standards. These three are so confident in their God that they flat out refuse an order from the king.

Obviously, this does not please the king. He probably could have had one of about fifty guards kill the boys right then. But, our power-loving king wanted a little more of a show. He wanted to make an example of these three and remind the Babylonians that you don't mess with Nebuchadnezzar.

Now, in most stories like this, something would happen just before they were thrown into the furnace. The king would go off monologue-ing and the three boys would somehow get free, or perhaps Superman would fly in and save the day.

But that didn't happen. And this isn't a comic book.

They get thrown into the fire. No one, however, could have predicted what happened next.

But suddenly, Nebuchadnezzar jumped up in amazement and exclaimed to his advisers, “Didn’t we tie up three men and throw them into the furnace?”

“Yes, Your Majesty, we certainly did,” they replied.

“Look!” Nebuchadnezzar shouted. “I see four men, unbound, walking around in the fire unharmed! And the fourth looks like a god!”

Then Nebuchadnezzar came as close as he could to the door of the flaming furnace and shouted: “Shadrach, Meshach, and Abednego, servants of the Most High God, come out! Come here!”

So Shadrach, Meshach, and Abednego stepped out of the fire. Then the high officers, officials, governors, and advisers crowded around them and saw that the fire had not touched them. Not a hair on their heads was singed, and their clothing was not scorched. They didn’t even smell of smoke!

Then Nebuchadnezzar said, “Praise to the God of Shadrach, Meshach, and Abednego! He sent his angel to rescue his servants who trusted in him. They defied the king’s command and were willing to die rather than serve or worship any god except their own God. Therefore, I make this decree: If any people, whatever their race or nation or language, speak a word against the God of Shadrach, Meshach, and Abednego, they will be torn limb from limb, and their houses will be turned into heaps of rubble. There is no other god who can rescue like this!”

They defied their king, and were bound and thrown into a furnace. Yet they did not burn.

So that's the story. What's the lesson?

I see a story of faith. Tested and approved faith.

Perhaps there would be a day where I had to stand up for my savior when the result would be harmful. Honestly, I can't imagine living in a place where standing up for Jesus could cause physical harm or death. I can imagine ridicule or questioning, but certainly not death. But, let's just imagine we heard a really good sermon one Sunday and on Monday we were confronted with an opportunity to confirm our beliefs. My hope would be that God showed up in that moment and either gave me the words to say, or opened the hearts of those listening, causing them to at least understand my point of view.

But that didn't happen for Shadrach, Meshach, and Abednego. They stood up in a big way and showed their confidence in the Lord. They didn't let their present situation dictate how they felt about God. But they were still thrown in the fire.

I'd be seriously questioning God as I was thrown into that furnace.

But they didn't. Or, at least the text doesn't say they did. It was in the furnace though, where God literally showed up.

Sometimes we have to get thrown into the fire. We might not understand it. We might question it. But, that doesn't change the fact that sometimes it is necessary. Sometimes, as Blake taught us, we need a fiery furnace to burn off the things that bind us.

Life would be a lot easier if we didn't have to go through things like that. It would be better if we never had to pick up those cards off the ground.

But let's face it, we are sinful people. We've got issues. We've got baggage. We've got a big bag of rocks we lug with us into new news, new cities, and new relationships. That's why we always seem to end up in the same kind of situations wherever we go.

What's your fiery furnace? And what are the binds that need to be burned off in your life?

It's not a fun place to be, but it is in those moments where we see God at work. Just when we think the flames are going to take us, when we can't take the heat anymore, God shows up and whispers in our ear, "I am with you."

Those four words blanket us in comfort and safety and we watch the ties that bind us fall to the ground and burn away. From then on, or until the next furnace, we can move with the confidence that God is with us, protecting us, guiding us, and refining us into a better version of our self.

We've been on an amazing journey through stories from the Bible. But, this Sunday is the greatest story of them all. We hope you will join us as we celebrate Palm Sunday.