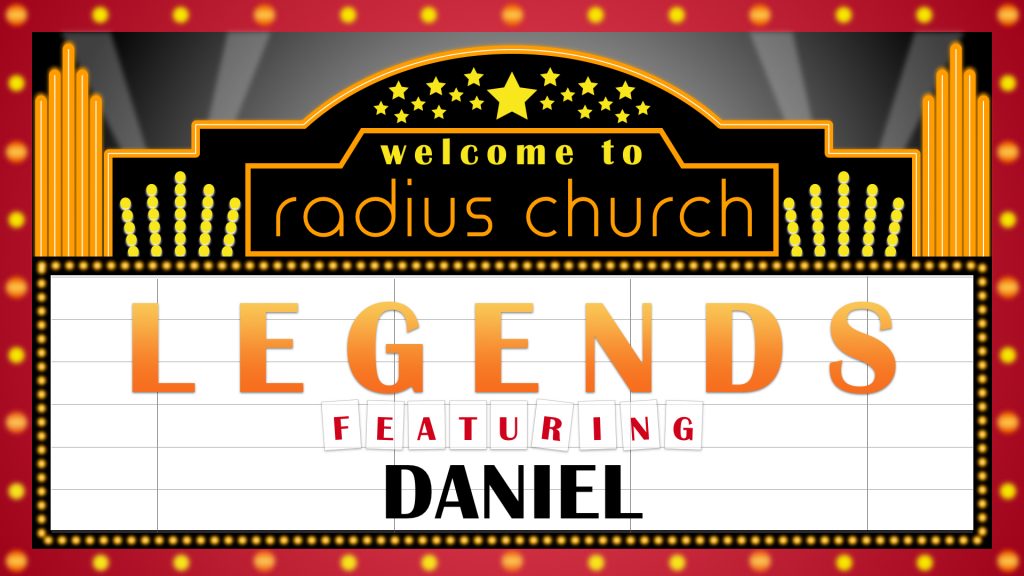 So there was this guy named Daniel who King Darius loved. This made the other guys that worked for the king jealous so they found a way to trap Daniel by tricking the king into creating a law that they knew Daniel would surely break; a law that denied people the right to pray to anyone but King Darius.

But when Daniel learned that the law had been signed, he went home and knelt down as usual in his upstairs room, with its windows open toward Jerusalem. He prayed three times a day, just as he had always done, giving thanks to his God.Then the officials went together to Daniel’s house and found him praying and asking for God’s help. So they went straight to the king and reminded him about his law. “Did you not sign a law that for the next thirty days any person who prays to anyone, divine or human—except to you, Your Majesty—will be thrown into the den of lions?”

Busted. Daniel was sent to the lions' den as decreed by the law.

The story should have ended there. But it didn't.

A stone was brought and placed over the mouth of the den. The king sealed the stone with his own royal seal and the seals of his nobles, so that no one could rescue Daniel. Then the king returned to his palace and spent the night fasting. He refused his usual entertainment and couldn’t sleep at all that night.

Very early the next morning, the king got up and hurried out to the lions’ den. When he got there, he called out in anguish, “Daniel, servant of the living God! Was your God, whom you serve so faithfully, able to rescue you from the lions?”

Daniel answered, “Long live the king! My God sent his angel to shut the lions’ mouths so that they would not hurt me, for I have been found innocent in his sight. And I have not wronged you, Your Majesty.”

The king was overjoyed and ordered that Daniel be lifted from the den. Not a scratch was found on him, for he had trusted in his God.

The lions never touched Daniel. And it was the guys that got him thrown down into the pit that ultimately were eaten by the lions, along with their wives and children (yikes!). After that, King Darius told everyone that they should pray to the same God as Daniel.

We're living in the pit.

We are Daniel in the lions' den. This world is filled with lions, and just like Daniel didn't belong in that pit, we don't belong in this world. We were created to live in a place without lions, but we chose to put ourselves in the pit when we turned away from God.

The punishment for our sins is the pit. We deserve the pit. We practically beg for the pit every time we follow our flesh and ignore God's call.

We wake up every morning in fear of what the lions will do to us that day.

What made Daniel a legend in this story was his faith that God would protect him even in certain danger.

What will make us a legend in this world filled with lions is our faith in God, and the belief that our sins have already been paid for; that even though we deserve the pit, we will receive the kingdom. It's not that the lions' mouths will be shut, it's that the lions won't even be able to devour us. Sure, they might try to take a swipe at us. They might gnash their teeth and roar their roar, but they can't touch us. When Jesus defeated death, he didn't rid the world of lions, but he took away their power over us.

One day our king will call to us to leave the pit and spend eternity in his kingdom. When he calls to you, will you be curled up in the corner frozen in fear? Or will you be standing in the pit with your head held high, confident that you are untouchable and crying out, "Long live the king!"?

That would be some legendary faith. How do we get there?

Daniel may have been put in that pit alone, but we are in this pit together.

You are not alone. You were created by a God who loves you, who wants you, and who has made a way for you to escape the pit.

He's reaching down to pull you out. Will you take his hand?

Gather with us this Sunday as we continue our Legends series. In the mean time, check out Blake’s message on Daniel from this past Sunday here.

Check out this video, circa 2011. See any familiar faces?