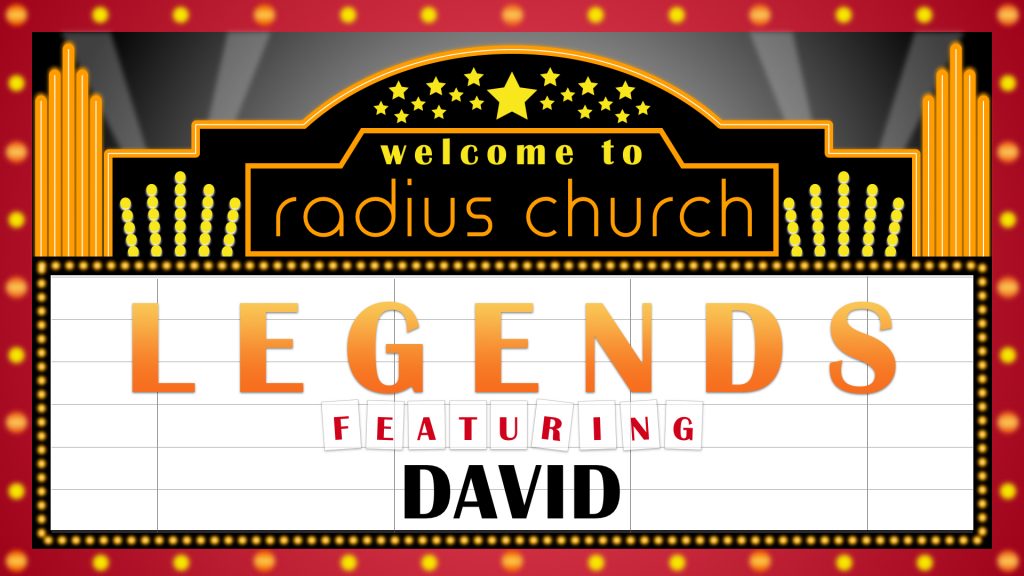 This week, our guest author, Brennan, shares his perspective on the story of David.

No job is too small for a father. A father sees the needs of the people around him, whether those people are family or not, and moves to serve and act in order to accomplish what must be done.

Though David was just a boy when he met Goliath on the battlefield, he already displayed the traits of a good father (and future king).

David enters the story as the youngest brother, holding the least standing not only in their family, but also because of his job; he was a shepherd turned delivery boy.

David continues by getting involved in the situation at hand, where a giant has been insulting the men, the king, and the God of the Jewish people for 40 days. He doesn’t shy away, uncertain of whether his contribution will be appreciated, but steps bravely into the midst of other men and begins pursuing the truth of the situation. Here we see that a father does not shy away from the unknown, but pursues knowledge and wisdom of what he does not know in order to prepare himself to act in the best way.

David asked the soldiers standing nearby, “What will a man get for killing this Philistine and ending his defiance of Israel? Who is this pagan Philistine anyway, that he is allowed to defy the armies of the living God?”

And these men gave David the same reply. They said, “Yes, that is the reward for killing him.”

But when David’s oldest brother, Eliab, heard David talking to the men, he was angry. “What are you doing around here anyway?” he demanded. “What about those few sheep you’re supposed to be taking care of? I know about your pride and deceit. You just want to see the battle!”

“What have I done now?” David replied. “I was only asking a question!” He walked over to some others and asked them the same thing and received the same answer. Then David’s question was reported to King Saul, and the king sent for him.

He then volunteers to take on this giant that has intimidated and embarrassed the entire army day after day. Not only does he volunteer, he declines armor and weapons. He then prepares himself for the conflict.

He picked up five smooth stones from a stream and put them into his shepherd’s bag. Then, armed only with his shepherd’s staff and sling, he started across the valley to fight the Philistine.

Here we see how a father, and all of us, can prepare for the giants in life. He gathers stones, knowing they are solid and useful like the truths and promises God has given us.

David moves out into the battlefield, issues a blistering challenge, and speaks truth over that place and over his opponent. He draws power from God and it is boldly established regardless of his physical size or the amount of his experience with combat. Like our Father, he acts to defend his family from the giant that stands before them.

David’s victory over the giant who was thought to be undefeatable, saved both armies from enormous loss of life and revealed God’s power to be true and real. Each father’s life can be a testament to God’s love, truth, and power being real in the world.

Now whether you are a biological father, step-father, adopted father, foster father, or you’ve been a father to someone by guiding and loving and caring for them, there’s something you can take away from this. In fact, everyone reading this can take this truth from this story:

David was only able to do these things because when faced with the giant, and when the people around him said, “Have you seen the giant?!”

He turned to them and said “Yes, but have you seen our God?”

His heart, his mind, his spirit and his strength were all completely focused and dedicated to God.

In our lives when we face the giants, we can turn our eyes to our Father and see that he is with us.

Do not be afraid or discouraged, for the Lord will personally go ahead of you. He will be with you; he will neither fail you nor abandon you.”

God continues to fulfill this promise even when the giants of our lives seem to block out the sun.

I call on each of us to challenge ourselves. Let each of us recognize the fathers in our lives, and recognize all they do to serve and love others. Let us each live like David in that moment, completely dedicated to showing the world God’s power and truth in the love He shows us.

Gather with us this Sunday as we continue our Legends series. In the mean time, check out Blake’s message on David from this past Sunday here.