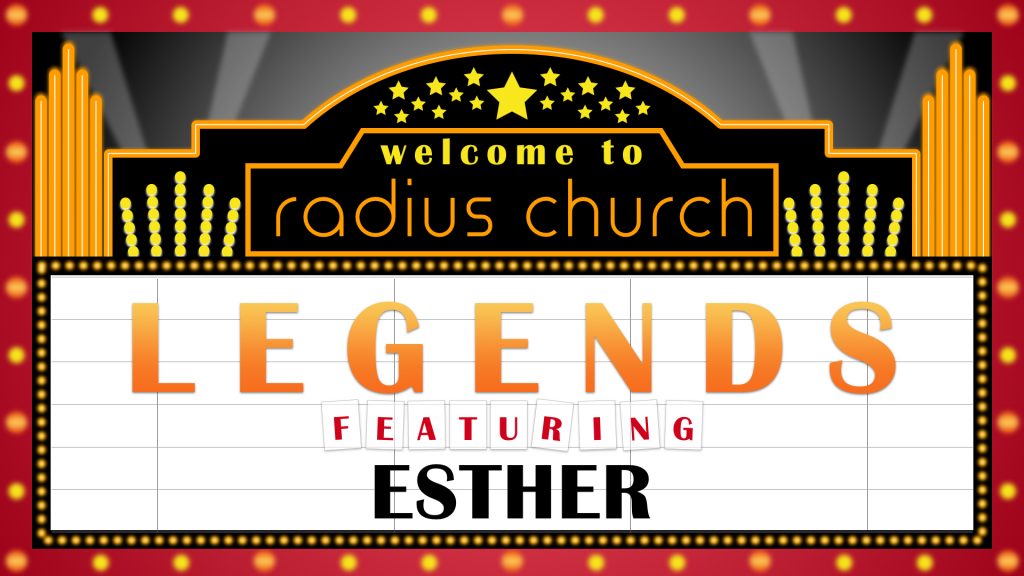 Sometimes I think about what it would be like to be super rich or super powerful (or both). I wonder how my life would be different; I wonder how much good I could do for my family, friends, and people in need, or how much good I could do for St. Pete. But then I start wondering if my beliefs would change, if I would become a different person, or if my struggles would either be amplified or put out on display for all to see.

I don't know if Esther ever had fantasies of being a queen. Regardless, that's where she ended up. Her position in society gave her very little choice when King Xerxes was looking for his new queen. She was young and pretty which pretty much fit the criteria for the search. I would tell you to Google "young and pretty" but that's probably not a good idea. I'm not going to do it and I think you shouldn't either. But, I imagine, if King Xerxes were around now, that's what he would have done. Whoever showed up in the search results would have been considered for the queen spot.

So Esther finds herself in this powerful position - living in a kind of luxury that she could never imagine. Anything she wanted was hers. She got the finest clothes and jewelry and was considered the hottest women in Persia (don't Google that either).

She was put on a big stage, and the only real expectation put on her was that she be available to the king whenever he called upon her.

She must have wondered why someone so insignificant was put in such a great position. What was her purpose? What was the reason for all this?

The book of Esther in the Old Testament describes what's going on in Persia at the time. Esther's people, God's chosen people, the Jews were being persecuted and there was going to be mass genocide if someone didn't step in to do something.

But God is bigger than the boogie man (that's a Veggie Tales reference and I apologize...you can Google that).

God had a plan.

What people didn't know about Esther, and maybe Esther didn't even know about herself, was that she was placed as queen for a specific purpose. She was placed there because her inner beauty surpassed her outer beauty.

Esther was put into the position of queen because of her outer beauty, but she found favor with the king because of her inner beauty. She was given prominence and King Xerxes respected her which is why he would listen to her and ignore all the other women in his harem.

So when Esther came to the king with a problem, he listened.

In the end, Esther saved her people. Maybe you didn't win the lotto or get elected president. But, God has put you where you are for a specific purpose. If you are reading this, you have been given more than most people in the world. What are you supposed to do?

With our second birthday as Radius just around the corner, I can't help but wonder what you and I are supposed to be doing right now for Radius, or with Radius, or because of Radius. How can you use the prominence you've been given in your life to influence those around you that will effect positive change?

Mordecai sent this reply to Esther: “Don’t think for a moment that because you’re in the palace you will escape when all other Jews are killed. If you keep quiet at a time like this, deliverance and relief for the Jews will arise from some other place, but you and your relatives will die. Who knows if perhaps you were made queen for just such a time as this?”

Don't think for a moment that because you live in St. Pete you will escape when the enemy comes to attack. If you keep quiet at a time like this, deliverance and relief will arise from some other place and you'll miss out on the chance to be part of something great. Who knows if perhaps you were made queen for just such a time as this?

Big changes are coming to this city. God's love will be spread all over this place. It's up to you whether you want to be a part of it, or just sit on the sidelines and watch it happen.

Gather with us this Sunday as we continue our Legends series and find out how you can be a part of something great.