Playing in the DIRT 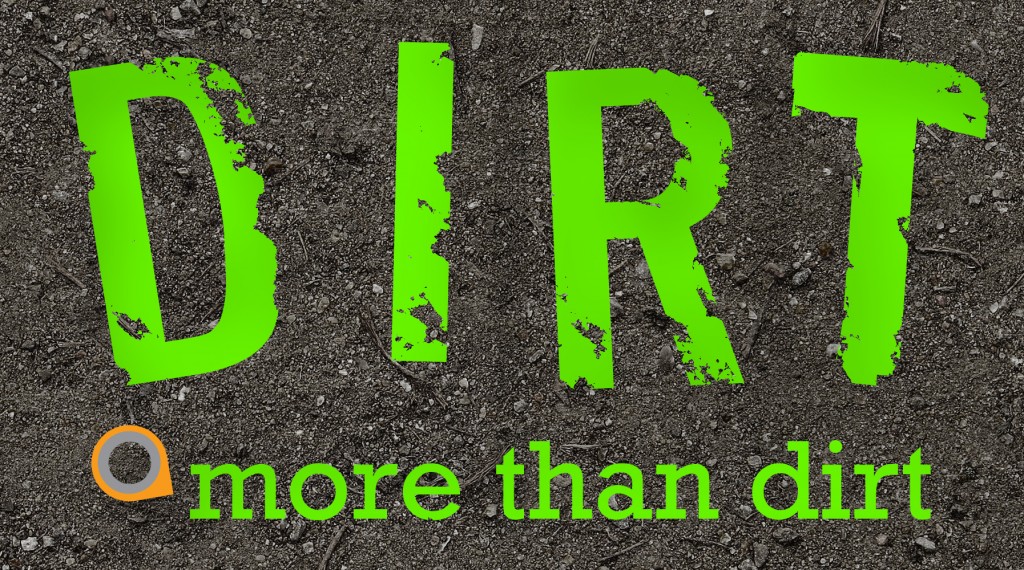 When I was a kid, I loved to play in the dirt. Dirt was the one toy that was always available. No matter where, no matter when, you could always reach down, and stick your fingers into the earth. Usually, my timing was terrible. Those of you who have kids will probably agree. Children find dirt at the most in-opportune times.

We may not realize it, but we have a dirt obsession.

Why is dirt so essential to our lives? Why do we have a dirt obsession? Perhaps it’s because dirt is where we come from.

Genesis 2:7 (NLT) Then the Lord God formed the man from the dust of the ground. He breathed the breath of life into the man’s nostrils, and the man became a living person.

In the second message in our series on DIRT, Blake pointed out the significance of this act. God formed man from dirt and then breathed life into him. Up until now, God created everything - the heavens, and the earth, the land and sea, the plants and all the animals - by speaking them into existence. And, everything God spoke into existence was good. But then, like a child, God reached down and stuck His fingers into the earth, and carefully molded the dirt into the form of a human being. When He was done, He breathed life into the form. Picture that, like a lifeguard giving CPR, God leaned over Adam, and forced air from His own lungs into Adam’s. With that very passionate, and very personal, act man came to life. Even more amazing, when God looked at what he had just created, He said that it was very good. Sure, it’s one little adjective, “very.” But when you think about it, God had just spent the last few days creating the universe; the stars in the sky, our sun, our planet, and everything that is on it. All of that was collectively “good.” But, Adam, the little fragile human who had never spoke a word, or done anything of significance, was “very good.” How amazing is that? At base, without saying or doing anything (good or bad), God thinks we are very good. I’ll wait while you pick up with pieces of your blown mind off the ground. God thinks you are very good, just the way you are. Yes, you. No matter what you’ve done, or thought about doing. No matter what you believe, or how you live your life, God thinks you are very good. So many of us define our value by the way we look, or what we’ve accomplished. We think we are important if we make enough money, or if we are friends with the right people. If we could just get this person to accept us, then we could feel validated. If we could get enough ‘likes’ or retweets. If we could get more people telling us we are very good, then maybe we would start to actually believe it ourselves. We want all of these things from the world, yet we will so easily ignore, or deny the approval of the one who made us. Yes, our bodies come from this world, and we are connected to it. But we are more than dirt. Our lives come from the one who created the universe. We seek significance from a tiny planet spinning around a tiny sun, traveling around the center of a tiny galaxy that is just one of perhaps a trillion other galaxies, and yet we forget that our significance really comes from the one who conceived all of that; the one who placed each of those stars in the sky, and who designed the very brain we use to observe that universe. We forget that God stitched us together in our mother’s womb.

Psalms 139:13-15 (NLT) You made all the delicate, inner parts of my body and knit me together in my mother’s womb. Thank you for making me so wonderfully complex! Your workmanship is marvelous—how well I know it. You watched me as I was being formed in utter seclusion, as I was woven together in the dark of the womb.

God has been there with us from the very start, and He thinks we (you and I) are very good. Regardless of whether it is money you seek, acceptance, achievements, relationships, or for someone to notice you, give it up to God. The money belongs to Him anyways. He's already accepted you just the way you are. You'll never achieve more than 'child of God.' He offers the best, most real, most intimate relationship you could ever imagine. He's already noticed you and said, "Hello good lookin'." I hope you will join as we continue our series on DIRT. See you Sunday, if not sooner.