To Forgive or Not To Forgive? 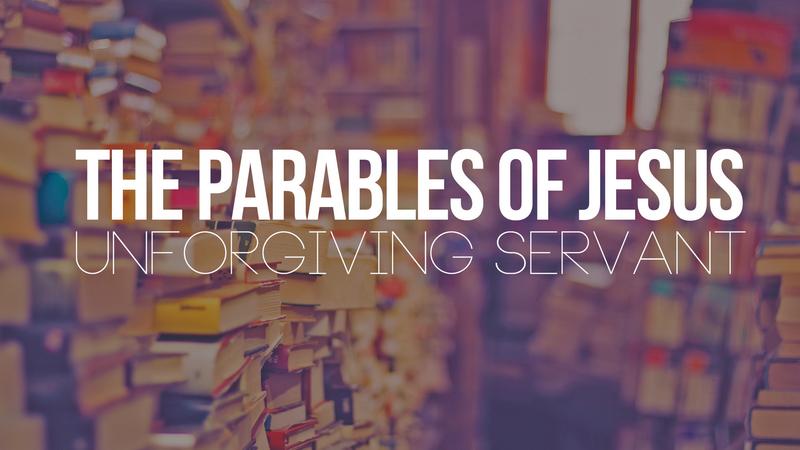 That's the question some of us are faced with on a constant basis.

Just to get this out of the way early on, Jesus was REALLY serious about forgiveness.

Forgiveness is the trademark of a believer.

Do I really need to say more?

We've all been hurt by people. People owed us money. People let us down. People lied to us. People rejected us. People forgot us. People took advantage of us. People physically hurt us.

Dealing with people can be difficult. And sometimes, people are the worst.

Why do people do that? Why can't we all just get along?

You are broken. I am broken. We're all here on this broken earth broken together. And so it is only natural that we are going to have a tendency to hurt one another. When your broken and my broken intersect, it's going to get ugly.

So the question isn't, "are you going to get hurt?"

The question is, "what are you going to do when someone hurts you?"

The Jewish tradition recognized this and setup rules around forgiveness. Basically, you have to forgive someone who wrongs you 3 times. After that, you can do whatever you feel needs to be done. So when Jesus is teaching his disciples about forgiveness, they thought they were being pretty holy when they suggested you must forgive someone 7 times.

Then Peter came to him and asked, “Lord, how often should I forgive someonewho sins against me? Seven times?”

“No, not seven times,” Jesus replied, “but seventy times seven!

I can imagine Peter had a pretty confused look on his face as he attempted to do the math. That's like, 490 times. Who could even keep track of that?

I think that's the point. Don't track it. If you are tracking the number of times you have forgiven someone, did you actually forgive them? I'm not saying you purge your memory of the wrongs people have done towards you, but it doesn't feel like a genuine forgiveness type scenario if you've got a bunch of names written on your wall with tick marks next to them. It feels like you are just waiting for them to wrong you again so you can hit the max number and then start bashing them for what they've done to you.

So after Peter figures out what 7*70 equals (without a smartphone), Jesus goes on to tell a story about a King who forgives a huge debt of one of his servants. Then that same servant goes and demands repayment of a much smaller debt that another servant owed him. He tries to have the guy arrested and put in jail until the debt is paid.

The king finds out and...well, read it for yourself,

Then the king called in the man he had forgiven and said, ‘You evil servant! I forgave you that tremendous debt because you pleaded with me. Shouldn’t you have mercy on your fellow servant, just as I had mercy on you?’ Then the angry king sent the man to prison to be tortured until he had paid his entire debt.

“That’s what my heavenly Father will do to you if you refuse to forgive your brothers and sisters from your heart.”

No. That doesn't sound right. I think there is more to it than that.

What we are supposed to take from this story is that God has forgiven us a great debt; a debt we could never repay. Through the death and resurrection of Jesus, not only were our sins paid for, but we now have the opportunity to live with our creator for all eternity in a place without sin, without pain, and without suffering. And so if God can forgive us of every hurtful thing we've ever done, shouldn't we find it within ourselves to forgive our neighbors? After all, as believers, the same power that was used to pay the price for those sins lives within each of us.

So maybe it's time to let that hurt go; to forgive that person, and to live the life of freedom that we were meant to live.

To forgive or not to forgive? Definitely forgive.

Gather with us this Sunday as we continue our series on the Parables of Jesus. In the mean time, check out Blake's message on the Unforgiving Servant from this past Sunday here.