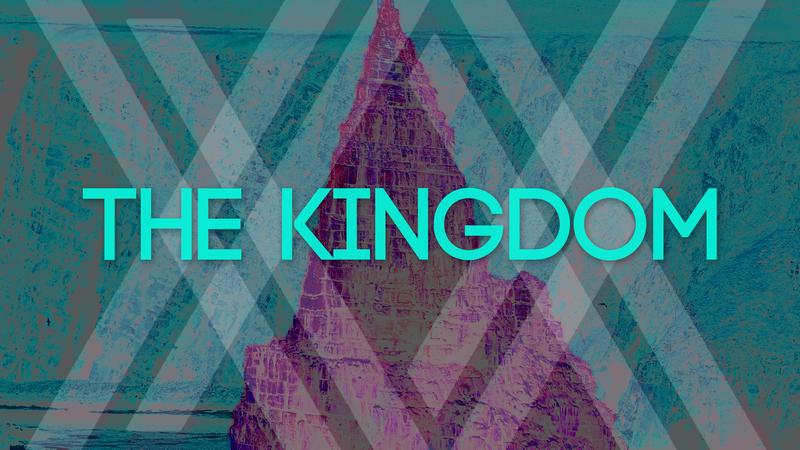 I don't know about you, but I have a hard time identifying with being part of a kingdom. After all, wasn't this country founded by people who were trying to disassociate themselves from a kingdom? When I think of a kingdom, I think of big, thick walls and lots of guys with bows and arrows. I think of oppressive kings who seek only to exert their power over their subjects, conquer new lands, and seek to serve their own self interests.

So when Jesus talks about the kingdom of heaven, I've got a bit of a mental block. I picture really tall walls, with a really tiny entrance. I see a guy standing at the door like a bouncer at a high-end night club. He's turning everyone away as they beg and plead to get in. It seems hopeless. It seems pointless. I'm certainly not good enough, cool enough, or special enough to be picked.

So why even try, right?

I wonder if the Jewish people of Jesus' time felt the same way.

During his three year ministry, Jesus talked a lot about the kingdom of heaven. He used parables to try to relate to the people of the time. He found creative ways to express the idea that God loves them and is willing to go to great lengths to have a relationship with them. Jesus talked to them about loving their neighbors and stressed the importance of turning away from what the world was trying to force down their throat, and turn toward their creator.

But he also didn't sugar coat things. He was pretty straight forward in telling them that pursuing God would not be easy and reminded them of the punishment all mankind deserves for their sins. He made it very clear that no one, not one was good enough, cool enough, or special enough to make it through that gate, not without someone else intervening.

Are we so different now?

Look into the eyes of the people out on the streets of St. Petersburg. Listen to your co-workers. Take note of the things your family and friends are saying and doing. There are so many people out there who are desperate for something. Many of them don't even know what it is. They say they've tried religion and it didn't work. They were hurt by the church. They were cast away from God by people who couldn't handle that they looked different, acted different, or thought different. So they turned towards other gods; drugs, alcohol, sex and pornography, gambling, partying, and on and on. The world offers an endless stream of other gods that we can download and take with us wherever we go.

And yet all those people will one day stand at the tiny gate of the large kingdom and beg to enter. They'll say they were a good person. They'll try to bribe their way in. They'll make last ditch efforts and give away all they have so they can get in. But there is no getting through the tiny gate.

So maybe the kingdom isn't some far off place surrounded by thick walls and guys with pointy metal helmets.

Maybe the kingdom is found in a person. Maybe that guy riding into town on a a donkey is the kingdom.

And maybe instead of that bouncer kicking everyone out, Jesus came to give us hope and make a way for all of us to get in.

So what's the catch?

The catch is, when we understand the sacrifice that was made so that we could enter the kingdom of heaven, it will move us to take action while we are still here on Earth. The catch is, experiencing God's great love for us should make us want to express that love back to him and out to others. The catch is, having received the free gift of salvation by accepting that Jesus died to pay for our sins and rose from the dead so that we could be free from the burden of those sins, we should be eager to share that gift with others. The catch is, when God calls us to follow him it means we cease serving other gods and focus all our love and obedience on him; the one who offers eternal life.

Jesus brings hope and life to dead and broken people. Maybe pursuing the kingdom is worth it.

Gather with us this Sunday for our Easter celebration and find out why God wants you to be a part of the kingdom of heaven.