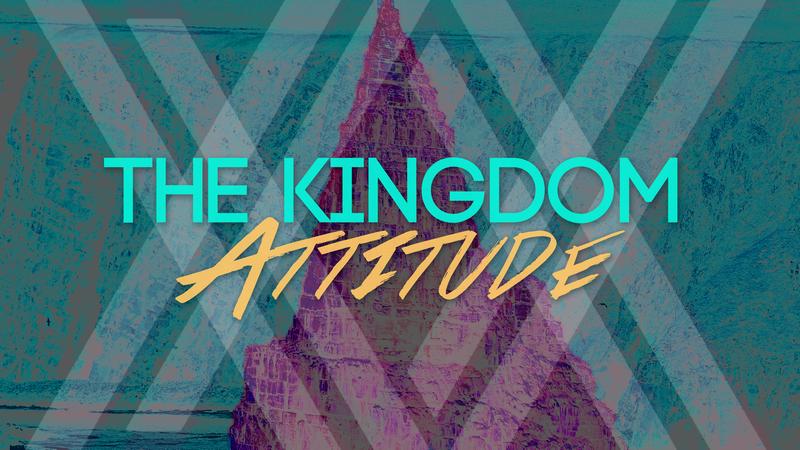 Those who believe that Jesus Christ is the son of God and is one with God, just celebrated the greatest act of "I love you" in all of human history—the day that we were given the ability to have a relationship with our creator. We celebrated the day that Jesus wiped away our sins so that we no longer have to live in bondage and fear, but can move forward in freedom and hope. We celebrated Easter.

After Jesus' death and resurrection, there was a shift in how his followers lived their lives. For thousands of years prior to Jesus, people communed with God through the religious leaders. They made offerings to God to ask forgiveness, to be cleansed, and to be healed. But now, we have direct access to God. Now, we can take our praise and our pain to him. Now, we know that he is a loving God who is not looking for a reason to destroy us, but is constantly working on our behalf to help us find a better way to live our lives.

And we know that God causes everything to work together for the good of those who love God and are called according to his purpose for them. For God knew his people in advance, and he chose them to become like his Son, so that his Son would be the firstborn among many brothers and sisters. And having chosen them, he called them to come to him. And having called them, he gave them right standing with himself. And having given them right standing, he gave them his glory.

Knowing this now, shouldn't this change our attitudes?

a settled way of thinking or feeling about someone or something, typically one that is reflected in a person's behavior

knowing that Jesus is who he says he is and accepting that he defeated death out of love for his people, typically reflected in a person's behavior and obedience to God's call on their life

Shouldn't a relationship with our creator change our behavior?

I'll be the first to raise my hand and say, "Yes!"

But, I will also be the first to admit that I fail at this all the time. My life does not always reflect freedom and hope, and I very often find myself falling back into the mindset and behavior that would align with bondage and fear.

I believe that one of the greatest gifts God ever gave us was the gift of choice. Every day, we get to choose how we live our lives. We make decisions that change the course of our lives, and the lives of those with whom we interact. The ripple effects of our choices can reach far and wide, good or bad. God, in his great love for us, allows is to succeed and fail. He lets us run from him, and run back to him. It would be infinitely easier to make us all into robots who just do his bidding, but instead he shows his great love for us by giving us freedom. And we, in turn, can show our love for God by choosing to follow and obey him.

I can't fix the world, but I can help change the world by working on removing myself from the throne of my life, and allowing God, the one that "causes everything to work together for the good" to work through me to love other people.

My behavior can reflect my kingdom attitude by constantly reminding myself that I am free, that I don't have to be the same person I was yesterday, that I have a choice, and that God is always there with me.

So let's move forward as a church that builds one kingdom. Let's be a model of Kingdom Attitude. Let's move out in ever-widening circles to change the world because God loved us enough to make a way for us to do so.

What shall we say about such wonderful things as these? If God is for us, who can ever be against us? Since he did not spare even his own Son but gave him up for us all, won’t he also give us everything else? Who dares accuse us whom God has chosen for his own? No one—for God himself has given us right standing with himself. Who then will condemn us? No one—for Christ Jesus died for us and was raised to life for us, and he is sitting in the place of honor at God’s right hand, pleading for us.

He is risen, indeed.

Gather with us this Sunday as we continue our series on The Kingdom.