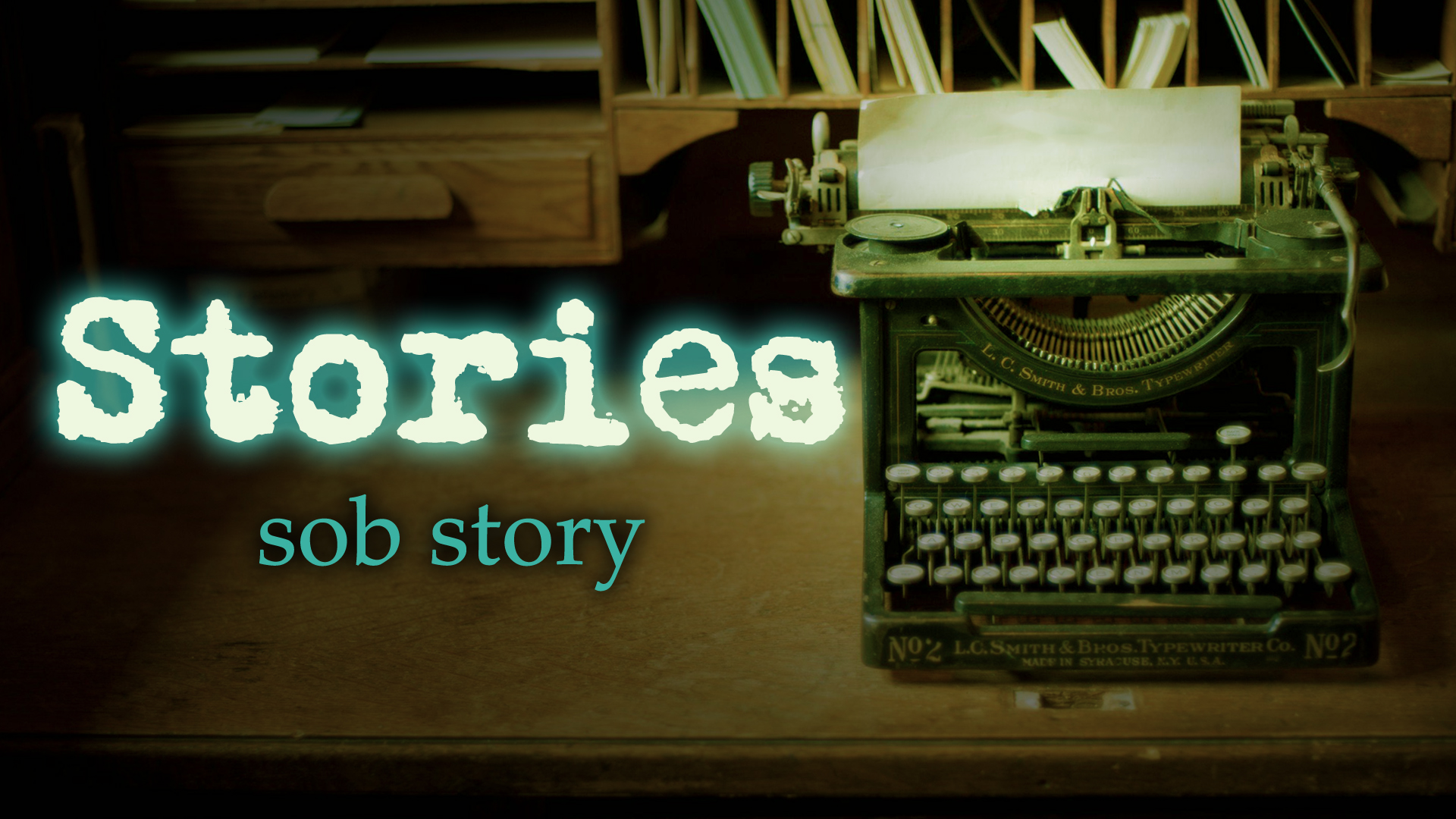 Our stories are the signature of our life.

They are unique to each of us. They are how we explain to people who we are, what we've done, and why we see the world the way we do. We can group our stories into chapters, and those chapters make up the book of our life. Sometimes, we can even recognize when we are entering a new chapter (i.e. baptism, adulthood, marriage, a new job, or parenthood - but not necessarily in that order).

We use our stories over and over when we meet new people. My wife and I have been together long enough that in any given conversation with new friends, we know what story the other is about to share.

She'll think to herself, "Oh, here we go - here comes Rob's story about when his cat killed the neighbor's cat."

Over time, they get repetitive. But, each time we tell our story, we get to share a piece of ourselves with someone else.

Our stories are sacred.

So, when we look at the Bible, what we see are a series of stories that describe how people relate to God, why they perceive God the way they do, and how our creator related/relates to us.

This week, Blake talked about the story of Abraham and Lot.

Abraham offered Lot the pick of the land. They had both become very successful and their shared land could not sustain both of their flocks. So Lot chose this beautiful area in the Jordan Valley, right near Sodom. Sodom was generally known as a wicked place. The people there had turned away from God and did anything their minds could conceive.

Lot chose for himself the whole Jordan Valley to the east of them. He went there with his flocks and servants and parted company with his uncle Abram.

Lot saw the land near Sodom as fertile ground from which he could continue to build his wealth. There's nothing wrong with that, right? That's just a good business decision.

But the scripture says that Lot chose for himself. He made a selfish decision based solely on personal interest. Later, in Genesis 19, we find Lot sitting at the city gates of Sodom. The temptations and lure of selfish desire pulled him in.

Abraham, on the other hand, made decisions based on the will of God. Abraham repeatedly proved his faith and obedience to God. In return, God gave Abraham more land than he could see, and more descendants than he could count.

Even after this, we still find Abraham pleading with God to give the people of Sodom a chance.

And the Lord replied, “If I find fifty righteous people in Sodom, I will spare the entire city for their sake.”

Abraham had no reason to plead with God to save these people. In fact, he continued to negotiate with God down to just 10 people. If 10 righteous people could be found in Sodom, then God would have let them be. But, God knew the hearts of the people. He knew there were none that could be counted as righteous. What's interesting is that Abraham's nephew Lot was living in Sodom with his family and servants (probably somewhere around 10 people). Not even they could be counted as righteous. How painful that must have been for Abraham.

So what can we take from this story? What's the lesson?

We live in a city filled with darkness. As beautiful and amazing as St. Petersburg is, there are people all over this city in pain. They might live on Beach Dr. or in Williams Park. Regardless of their financial standing, their hearts are hardened and they have turned away from God, or maybe they've never heard about the amazing sacrifice their creator has made for them.

I'm not saying St. Pete is as bad as Sodom, although some might want to debate that idea, but I am saying that St. Pete needs people like Abraham. St. Pete needs people who will plead with God on their behalf, who will be the light in the darkness, who will stand up for what is right, who will choose God over themselves. It could be as simple as smiling at people when you walk down the street, extending a helping hand to your neighbor, feeding someone in need, or praying on behalf of the people in St. Pete.

Radius loves this city. If you've spent any time with us you know that we are a people who are for St. Pete. We believe God can do, and is doing, great things here. We also believe it's going to take more than just a few people who are willing to make changes in their own lives in order for real change to take place here.

It's going to take a movement. The movement starts with each of us, individually making a choice, and then moving out in ever widening circles to change the world.

Will you move with us?