Shipwrecked: Not That Cool 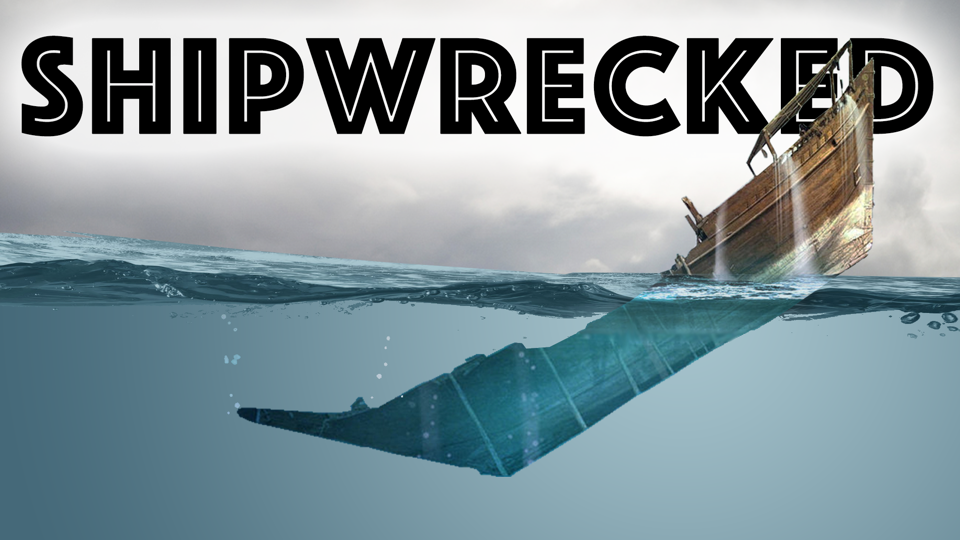 Growing up at a summer camp, my main goal was to become a counselor. From the camper's perspective, camp is the most fun when you are in charge; when you don't have to answer to anyone and no one is forcing you to go to your classes when all you want to do is hang out with girls.

So when I turned 16 and came to camp my first year as a non-camper, I was excited. I'd already won camper of the year, and C.I.T. of the year (counselor in training) so I was pretty sure I was going to be a rockstar counselor. My first assignment was day campers. My job was to sign them in each morning when they arrived, make sure they got to their first class, take them to lunch and hangout with them during rest hour, get them to their afternoon class, and then sign them out at the end of the day.

I had two boys around age 8.

This was a manageable level of responsibility, and I only let them get heat exhaustion one time during our two-weeks together.

I was then given my own cabin, which was more responsibility than I should have been given, but remember, I was a rockstar. All of the sudden I had a cabin full of 10 year olds.

You must know, I was kind of a big deal at my summer camp. People knew me. I wanted these boys to understand that I was cool. I was on their side. I wasn't like those mean counselors that yelled at their campers all the time.

The first few days were pretty good. They got the schedule down and although getting them to clean the cabin or make it anywhere on time was an issue, for the most part, we were doing OK. I was the cool counselor.

I had one boy who really didn't want to follow the rules. He obviously didn't know how big of a deal I was. Nor did he understand my rockstar status. If he had known those things, he probably would have listened to me. But he refused. He flat out refused. He refused right to my face.

After an incident in the cabin that left me yelling at the kids and demanding that boy get out, our relationship was wrecked. I had lost any control I had over them.

It was a humbling experience and one that guided me through the rest of my years at camp.

Now I'm a dad. My son is about the age those boys were back then. I was reminded this past Sunday of that lesson and had to check myself. He's at an age now where we can talk and joke around. I catch myself making fun of him as if he were one of my friends. And maybe that's ok...sometimes. But my words, joking or not, can cut through him, stick with him, and can ultimately shape is self-image.

First and foremost, I am his dad. My responsibility is to raise him, to give him the best possible foundation, so that when the world offers him a choice, he has the ability to weigh his options and make a decision. Right or wrong, it is his decision. All we can do as parents is equip him and constantly remind him that God loves him no matter what, that God is there for him always, that God has a plan for him, and that he should put his full faith in God (not us). I think it's clear that those things are more important than being the cool parent, or being his friend.

Besides, no matter how hard I try, I'm just not that cool.

Gather with us this Sunday as we continued our Shipwrecked series. You won't want to miss it!