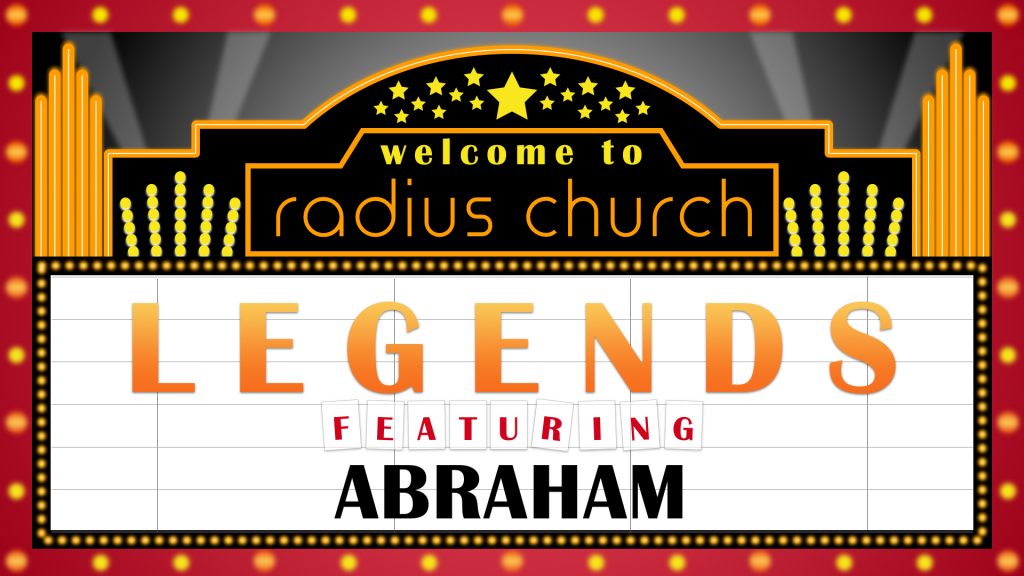 “Take your son, your only son—yes, Isaac, whom you love so much—and go to the land of Moriah. Go and sacrifice him as a burnt offering on one of the mountains, which I will show you.”

That would be my answer if I was asked to sacrifice my only son. I've dis-obeyed God on much smaller tasks. I don't think I could ever have the trust that Abraham displayed.

...and perhaps that's why God didn't build the nation of Israel through my family line.

When they arrived at the place where God had told him to go, Abraham built an altar and arranged the wood on it. Then he tied his son, Isaac, and laid him on the altar on top of the wood. And Abraham picked up the knife to kill his son as a sacrifice. At that moment the angel of the Lord called to him from heaven, “Abraham! Abraham!”

“Don’t lay a hand on the boy!” the angel said. “Do not hurt him in any way, for now I know that you truly fear God. You have not withheld from me even your son, your only son.”

Even if by some crazy chance I decided that I would trust God enough to take my son up the mountain, build an altar, and tie my son to it (who I imagine would not lie there and just let me tie him up), I think I would have a REALLY tough time picking up that knife. I might have just decided at the last minute to call it, untie him and head home with a big apology to God and the satisfaction of knowing that my son was still alive.

So this story would have gone a lot differently if it were me. It's likely it wouldn't have been Bible worthy and no one would ever know my name. The only record of it might be a blog post about how I thought God once told me to kill my son, but then I realized I was wrong because he never intervened and stopped me even though I got so far as tying my kid to an altar.

Perhaps it was because of the wisdom that comes with age, and if that is true, Abraham was VERY wise. When you're like a 100 years old, you know things. Maybe it was because of the promises that God had fulfilled in Abraham's life. God had already provided a son to Abraham and Sarah when they thought it was impossible.

God promised Abraham that he was going to work through Isaac to build a great nation. Abraham had the courage and confidence to believe God. And, if Abraham believed that promise, then he must have known that there was no way they God would allow him to kill Isaac, right??

As the story tells us, that's exactly what happened. At the last minute, Abraham was stopped. You might say this showed God that Abraham was faithful, but let's face it, God already knew. Instead, this showed Abraham that God was faithful, it further solidified Abraham's confidence in his willingness to follow God, and it showed Isaac what it meant to be a man of God.

How might our lives be different if we put our complete trust and obedience in God?

Gather with us this week as we continue our Legends series.