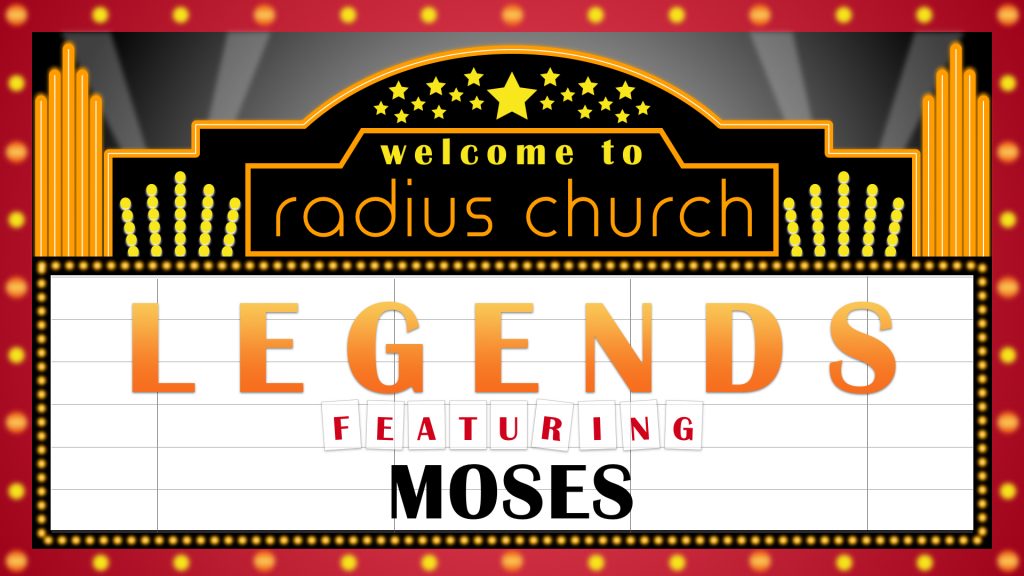 Moses, a man whose story is rich with danger, suspense, and victory. His story is also a pivotal point in the overarching storyline of God’s relationship with humanity.

In Exodus chapter 2, Moses was born into a slave family during a time when all newborn Hebrew males were to be put to death by order of pharaoh. Right off the bat God reveals to us a beautiful truth; in the places where we think there is the least likelihood of success and victory, God makes those the center of His masterpieces. With all the turmoil that was being visited upon the Hebrew people, it’s a wonder Moses made it past his second birthday.

Moses not only survived as an infant, but was put in a tar covered homemade basket, and placed into a river on the long-shot gamble that someone might pick him up and not end his life as the law commanded. Again God steps into the desperate times and creates plenty. It just so happens pharaoh’s daughter finds the basket and Moses is raised in the palace, with his mother and sister taking care of him.

Moses grows up in the palace, but never forgets where he comes from. His mother and sister educated him on the history of his people, the Hebrews, and helped him to see things differently than others in the palace. As he grew into a man, and kept that piece of who he was close to his heart, it would lead to an event that changes the whole of history.

One day he sees a soldier savagely beating a Hebrew slave. In the slave’s defense, Moses kills the soldier.  It’s easy to see how this could be a crime of passion, seeing someone in whom he may have seen himself, being beaten so badly. Word gets out and the pharaoh tries to have Moses killed, but he escapes into the desert. We can see here that Moses is obviously not a holier-than-thou, dressed in white, floating above the ground person.  He murders someone, runs from the law, and hides out in the desert for years. God still sees potential and pursues this person, even though we would easily write him off as a completely lost cause.

Stick with me, it’s about to get good.

Moses spends his time in the desert shepherding livestock. He now lives in the rough country of the mountains and rocky hills, and he’s had plenty of time to ponder that question we’ve asked ourselves so many times, “Why me?”

A bush that is consumed with fire, but not burning draws Moses’ in and he moves closer to investigate. This is where God directly addresses Moses, knowing what he’s been through, where he’s been and what he’s done.  God doesn’t send him a notarized letter saying Moses has to get cleaned up, put on his best clothes, go and get closure from all the people he’s wronged, and say 100 prayers before he comes to God. God steps into Moses life, claims Moses as he is, and invites him to be the leader of a nation. Even as Moses whines about how he literally can’t even, God continues to tell Moses that his weaknesses will not stop God from accomplishing His will. Finally, after promises and prophecies, Moses chooses to step into his real role in life’s story and play his part.

Your role in life’s story has only just begun, and God is offering you a chance to be a legend every day. So remember that God takes weakness and turns it to strength. Remember that God can do His best work in our worst places. Remember God chooses real life people with real life problems, and plants in them real power when they partner with Him. God doesn’t wait for you to be good, because He’s all the good you’ll ever need and more.

Such a time is this to be a legend.

Gather with us this Sunday as we continue our Legends series.