The people who walk in darkness will see a great light. For those who live in a land of deep darkness, a light will shine. You will enlarge the nation of Israel, and its people will rejoice. They will rejoice before you as people rejoice at the harvest and like warriors dividing the plunder. For you will break the yoke of their slavery and lift the heavy burden from their shoulders. You will break the oppressor’s rod, just as you did when you destroyed the army of Midian. The boots of the warrior and the uniforms bloodstained by war will all be burned. They will be fuel for the fire.  For a child is born to us, a son is given to us. The government will rest on his shoulders. And he will be called: Wonderful Counselor, Mighty God, Everlasting Father, Prince of Peace. His government and its peace will never end. He will rule with fairness and justice from the throne of his ancestor David for all eternity. The passionate commitment of the Lord of Heaven’s Armies will make this happen!

I could imagine being a young Jewish man, reading these words, imagining what it might look like when the savior arrives. As an Israelite, this must have provided so much hope in time of darkness. To know that one day, a king would arrive, and change everything. Israel, God's chosen people, would be justified, and lifted up above all other nations. How then, would the Wonderful Counselor, Mighty God, Everlasting Father, Prince of Peace enter into the world? Surely, it would be in a way that would announce to the world that the creator of the universe had arrived, right? I suppose that depends on your understanding of God. At that time, the God that created the universe was a very distant, very harsh God. He was something to fear. His love was a tough love. He wasn't the loving father we now know. (Just to be clear, he is always the same God. He hasn't changed. What has changed is our relationship with him. The relationship we broke through our sin, he repaired through the death and resurrection of Jesus.) So how did this great King enter the world? 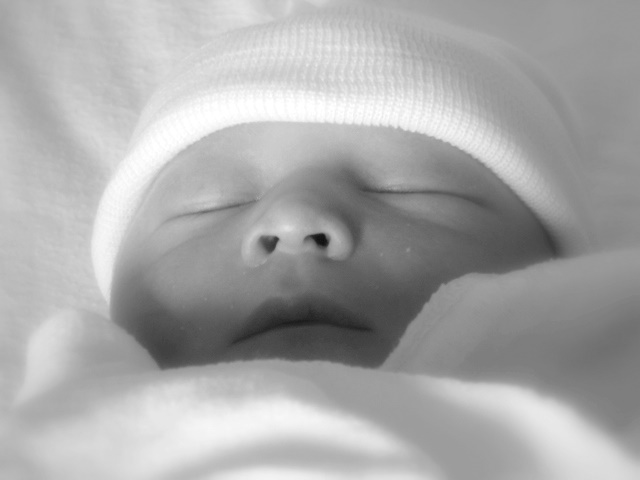 As a baby, born to a young, inexperienced, and confused couple in a cave near a small town with no real significance. How un-king-like is that? How un-god-like is a baby, completely dependent on its human mother for survival? How scary that must have been for Mary and Joseph. Two teenagers tasked with nurturing, and raising God. There they were, away from their home, stuck in a cave. No medical staff. No support. Just the two of them and their brand new baby-God-boy. Think on that for a minute, but be careful, your brain might explode. The image of that is so - so - human. God entered into the world in the most human way possible. He humbled himself to the point where he was totally reliant on humans to keep him alive. And, in so doing, he formed the most personal relationship we know, parent and child. What does that say about God? He understands what it means to be human. He knows our pains, temptations, frustrations, and fragility. He is about relationship, not religion. Our greatest gifts on Earth are not the things we accumulate, but the relationships we cultivate throughout our lives. We were never meant to follow a list of rules, or to try to control other people by telling them they should. We are here because God loves us. We are here because the creator of the universe wants a relationship with us, and not just 'us' collectively. He wants a relationship with each of us, individually. Relationship is why he entered this world as a baby. Relationship is why he died on the cross. Relationship is why he rose from the dead. Join us next week as we continue our series on the King. And, if you missed Blake's message last week, you can check it out here.