The Opposite of Fear 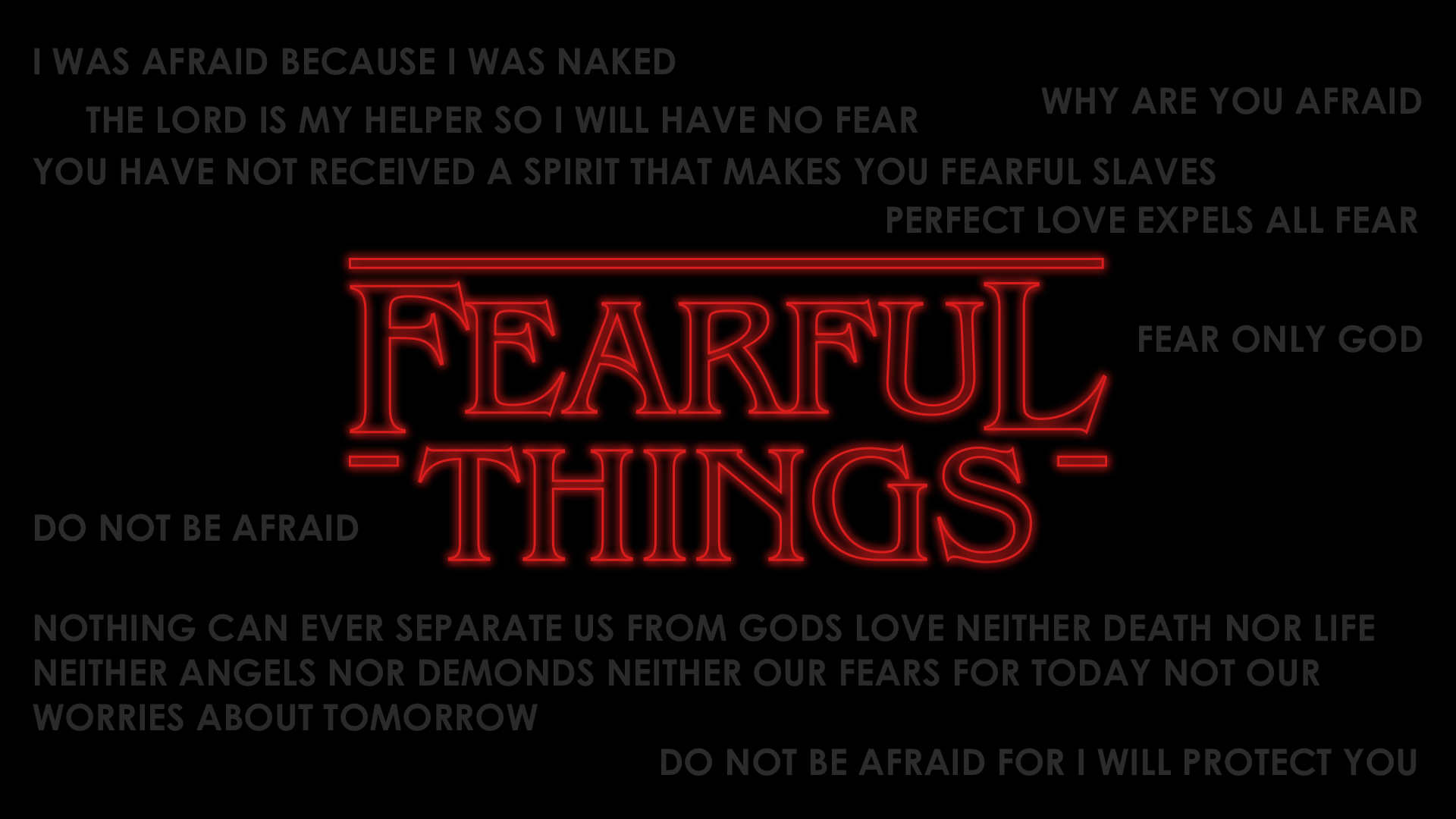 What do you fear?

The election? A little bit.

Rough seas while on some cheap "all natural" Dramamine? Oh yeah!

But the Bible says, Jesus himself says, "Do not be afraid." If I believe Jesus is who he says he is, then why am I so afraid? The creator of the universe is telling me, "Don't worry, I got you covered."

I'm responding with, "Yeah, I'm not so sure about that so I'm just gonna to my own thing."

Is that wise? Probably not.

Is that human? Most definitely. Even the disciples who hung out with Jesus day and night for three years still had issues with this concept. Peter, the rock on which the church was built, had an issue with faith on multiple occasions. Let's look at one of them.

But Jesus spoke to them at once. “Don’t be afraid,” he said. “Take courage. I am here!”

Then Peter called to him, “Lord, if it’s really you, tell me to come to you, walking on the water.”

So Peter went over the side of the boat and walked on the water toward Jesus. But when he saw the strong wind and the waves, he was terrified and began to sink. “Save me, Lord!” he shouted.

Jesus immediately reached out and grabbed him. “You have so little faith,” Jesus said. “Why did you doubt me?”

When they climbed back into the boat, the wind stopped.

So Peter accepted that he could be like Jesus and stepped out onto the water.

I've seen Jesus work in my life, in the lives of my family and friends, and in the lives of so many people in and around St. Pete. Jesus' power is evident and I want to be like him. And there are times when I feel confident enough to take my eyes off myself, step out of my comfort zone, and take a chance.

I've stepped out onto the water.

It didn't take long for Peter to get over the excitement of standing on water. He soon remembered he was standing in the middle of a storm. Waves were coming at him. The sky was dark. It was hard to see. He lost that feeling of control. The rain was in his eyes. His hair and beard were soaked. He could feel the cold wet fabric of his clothes against his skin. His heart began to race. Adrenaline and doubt surged through his body. His toes dropped below the water, then his feat, then his ankles and calves. His confidence sank as fear pressed down on his head. He did the only thing he knew to do and cried out for help.

Have you been there?

You step out of your comfort zone. You started that new business. You took the first steps towards that big goal. You accepted that new job. You signed up for that mission trip. At first, it seemed like all the pieces fell into place. You met the right person. You received some unexpected money. You praised God. But then something unexpected happened. You shrugged it off, "No big deal. I got this." Then you couldn't seem to find the next piece of the puzzle. That one opportunity vanished. That connection you made suddenly had a change of heart. That new job wasn't all you thought it would be. Doubt crept in. You thought, "God must be punishing me for something."

You felt like you lost control of the situation. Maybe you made the wrong choice. Maybe you should have stayed in your comfort zone where everything was familiar and fine. Sure, you weren't doing anything great with your life, but at least you were in control. But it was too late, you're sinking. The waves got bigger. The rain came down harder. You looked around and you couldn't even see the boat anymore; just walls of water surrounding you. Your world was caving in and all you could do was cry out for help.

And there he is. He was right there the whole time, but I couldn't see him because I got so focused on my own troubles, my own worries, and my own issues that I missed the fact that Jesus was right there with me. How could I have doubted? Why did I think my plans were greater than his? Why was I so upset that things didn't go my way when I KNOW, beyond the shadow of a doubt that his ways are ALWAYS better than my own?

Why did I have so little faith? The opposite of fear is faith.

If any of this resonates with you, then work with me on believing a few things:

Gather with us this Sunday as we continue our Fearful Things series.