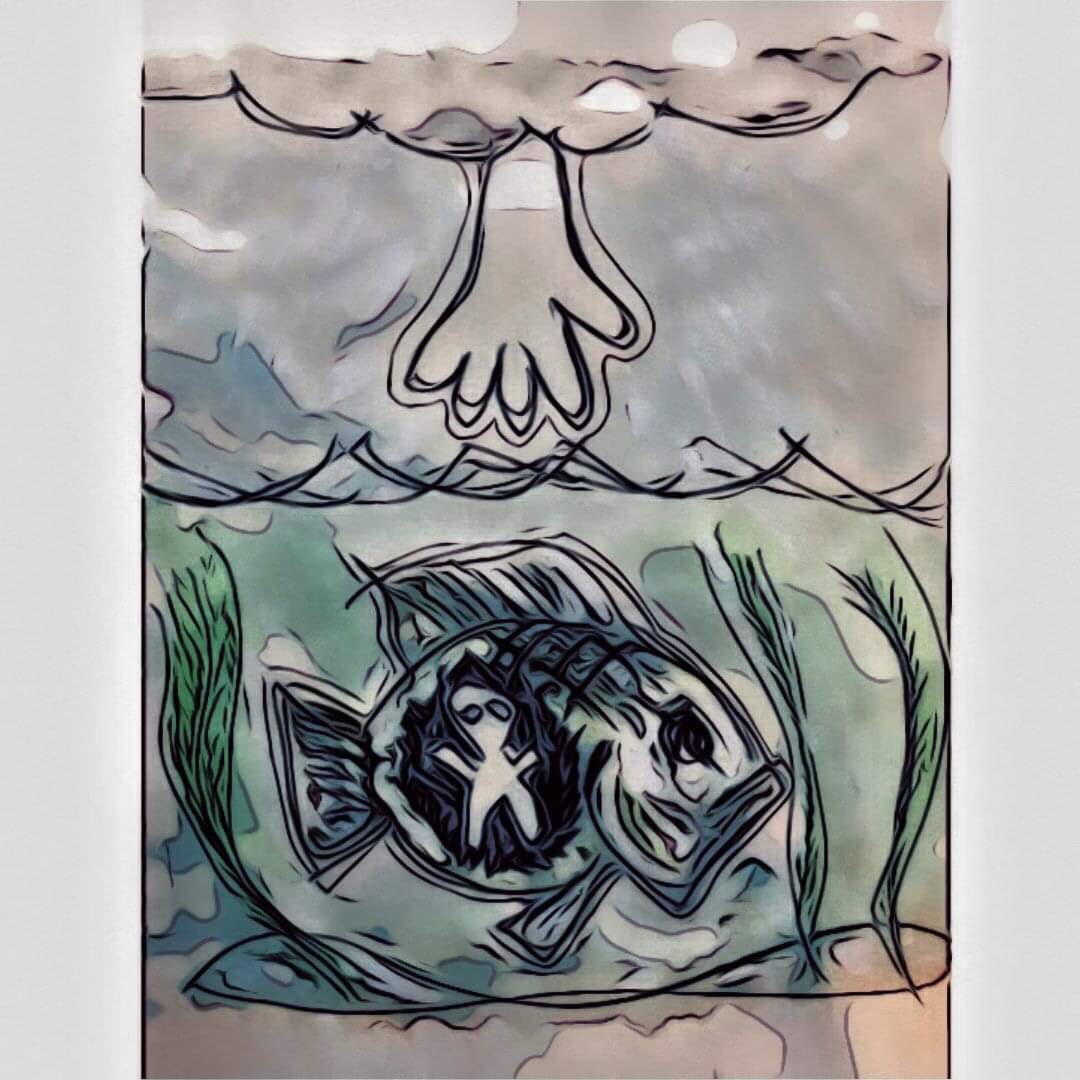 “The LORD your God who goes before you will Himself fight on your behalf.”

I’ve read that verse during some of my darker times, for sure. You may or may not have as well. Just follow me here. This week someone reached out to me to write about our gathering, how it applies to my life, and how I relate to the story of Jonah. I decided that I wasn’t going to be afraid. This time I decided to do what I was asked to do, no matter how hard it was for me, no matter how scared I was.

Some of you have heard the Cliff-Notes version of my story during the On the Road series that we did last year. If you haven’t, go check “Christians in Cars Having Coffee” (I’m the owner of the dirty Jeep). At that time, I had the opportunity to share with Pastor Blake about the time when God met me on my journey, when I came out of my darkness, when I was no longer in the fish, like Jonah. But today let me take this opportunity to tell you what happened when I said “no” to God.

When we study the story of Jonah, we learn that he decided it was a better idea to board a ship headed in the opposite direction, than to do what the Lord called him to do. Besides the scriptures telling us that he did this, we will never know what his actual motivation was for doing this. Was it fear that made him run? Was it the fact that He “knew” what God would do for the city of Nineveh so there was no point in going? We can guess all we want, but to me, it sounds like he assumed too much. He didn’t do what would have been easier in the first place. Speaking from experience, it’s easy to turn around and walk the other way. To run completely off of instinct or self-preservation in order to make sure that your needs are met. Jonah must have had his own reasons to run away. For me, it was fear. As hard as it is for me to admit, I was afraid. I knew what I was supposed to do, but I let fear dictate what I was actually going to do. So, like Jonah, I paid a fee to jump onboard a ship and sail off into oblivion. I ran from my calling. Much like Jonah, I also gave a no to God.

A little back story….I knew that I was supposed to create music and art for the glory of God, and for several years I did. When I was growing up, I was heavily involved in the church.  The Lord blessed me with skills as a visual artist, and with the ability to play music. I was in a magnet program in high school for art, and I played guitar in the youth group. I started a punk rock band and played at some clubs around St. Petersburg in order to share the Gospel. Things were going great. I was close to the Lord, and knew that I was doing what I was supposed to do. Then things changed.

A dark cloud surrounded me. I listened to lies from the enemy that told me I wasn’t good enough, that I wasn’t strong enough. He told me that I will not succeed, and planted the seed of fear in my life. God kept calling and I kept trying, but I didn’t know how much longer I could maintain. Around this time, the church that I grew up in decided I was no longer welcome. They turned their backs on me and proceeded to run me out because I dressed differently and because I was willing to go play music outside of churches. I mean, didn’t Christ Himself go to the sinners? The broken down, the beaten, the rejected, the lonely, and those that were completely lost to the point of mental instability? He did, but being 17 years old, I couldn’t get past what the church did to me. I gave up. I told myself that if Christians would only cast stones, then I didn’t want anything to do with them. So, when God called me to step it up, to continue to push forward, I gave him my reply. I said no. I bought my ticket and I sailed off into the storm. Why? Because I was afraid to keep fighting more than I was of the impending doom that would become my life. It was all because of fear.

Fast forward 18 years... The moment I realized that I was in the belly of a giant fish, surrounded by complete darkness. I found myself completely alone. You see, years of substance abuse and addiction will make you see the world through broken lenses.  You can’t see past the clouds, but you know why you’re there. A couple times when God called out, I too, doubled down on the “no”, and continued to keep sailing into the storm. I destroyed relationships that I had in my life, and much like the other sailors in Jonah’s story, my own friends “threw me overboard”’. They wanted nothing to do with me. I was causing problems in my own life, and in theirs. Now, don’t get me wrong, I did it to myself. I allowed anger and fear to control my life the entire time. I cursed God for putting me in the situations that I was in. It didn’t matter that a majority of the time it was my own fault. I did it to myself. You know, like Jonah.  I didn’t wait to hear His call. But this time, I cried out, tears and all.

“God, help me. I don’t know what I’m doing anymore. I’m completely lost and I can’t go on anymore. I want your help. Please, help me.”

And you know what? He did. Why? Because the Lord is faithful to the core. His reckless love pursued me the entire time. Through substance abuse and alcoholism. Through toxic relationships and attempted suicide. He was there. He fought for me. Why? Because God is love. He heard Jonah pleading, and He heard me. He hears you too. He was there and accepted me back as His own. He left the other 99 to find me. I was the one he went searching for.

We sing the song “Reckless Love” often at gathering. It is one of my favorites. There is a line in the song that says, “there is no shadow you won’t light up, no mountain you won’t climb up, coming after me.”  It’s true. He lit me up, at my darkest. He does this for all of us. He pulled me out of the depths. The whale spit me out on the shore. Once I collected myself, I heard it again. This time it was much louder. I’m supposed to create music and art for the glory of God. This time, I’m saying yes. I will, Lord. I am not afraid. I know you have gone before me, and will fight for me. How do I know this? Because I trust Him to direct my path (Proverbs 3:5-7).

I’ll admit it. I didn’t want to write this blog post. I feel like I’m better off expressing what God has done in my life by actions, and not by words. While writing this, I struggled and at times I even questioned God as to why I was asked to write this. Why am I supposed to write about the message that was shared at gathering this past Sunday when someone else can express themselves through written word much better than I can? Let me tell you why I did. It’s because I’ve been in this position before. I, like Jonah, was a rebel. When he was asked to do something, he decided that it was better to run away, even though he knew the potential outcome. Just a word of advice, it’s easier to do what He asks of you. No matter how impossible it may seem, it is. Just as it says in Deuteronomy, He has gone before you, and will fight on your behalf. He has a plan for you and He never uses fear to manipulate. That’s what the enemy does. So, ask yourself, how you are going to answer His call?